Fixed Days is a bike event organized for and by cyclists. In 2010 & 2011 it was held at Eurobike and in 2013 & 2014 inside the Berliner Fahrradschau offering a range of different contests in cooperation with different cycling crews. – Bike Polo, FGFS, Sprints, Criterium race, Minidrome, Goldsprint a Cyclocross race and more -.

The crews that made the 2014 event happen are: Dock11, Rad Race, RSU, Fxd Nostra, Goldsprint Berlin, Schindelhauer Bikes, Soundtrack Paris, Fahrtwind Berlin and many, many volunteers.

Logo, stamp design and e-flyer for Damn24, a brutal 24 hour bikerace between… 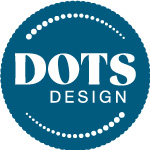 There is something zen about it: making prints and artwork consisting of dots…